Frigid temperatures and brilliant sunshine await as I step outside to begin my long ride to Connecticut for the office Christmas party. It turns from a ride to a trek when outside Greenwich, traffic slows to a crawl. I have mixed feelings about the evening. I don’t know the majority of the cast of characters, none of the significant others (of which I am part), office party etiquette, and whether what I am wearing (black with lavender accents) will prove festive. 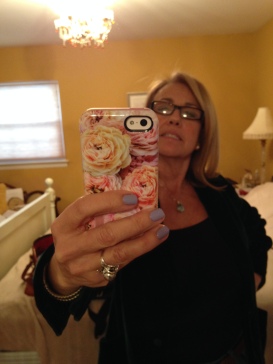 My significant other and I, in a flood of fast paced movement, switch from my car to his and race (because we are late) to the home of an office principal, where the cocktail portion of the party began almost an hour earlier. Pulling up to a white house, with circular drive, bigger than any home I know (whatever that means) had me gasping for air. However, entrance into what could have been an icy evening, with icy individuals, was anything but. Warm hands and kisses, coat taking, wine and hors d’oeuvres offering, mingling and conversation. I was engaged, immediately comfortable (especially after a glass of white wine was handed to me). I quickly forgot any concerns I walked in with, involved as I was with the actuality of my environment. In the moment. And surprisingly (why?) I really liked these people. They were fun, easy, intelligent, eclectic and individualistic, ambitious, happy. Most (not all, realistically we aren’t going to click with everyone) were people I’d be interested in knowing better. I spoke to investors from Hartford, writers and poets, homemakers, women expecting babies, secretaries, a woman who tried out for American idol. I sat next to someone originally from Tennessee. I was expecting (here we go again) a southern bell, proper, someone with whom I’d have nothing in common. I was wrong! She was delightfully irreverent and we laughed away much of the evening.

Before leaving for the party a friend said; “Just be yourself.” Which is exactly who I was. (Who else could I be? But we all know the answer to that.) We mustn’t underestimate the beauty of situations that allow us to do that – be ourselves. 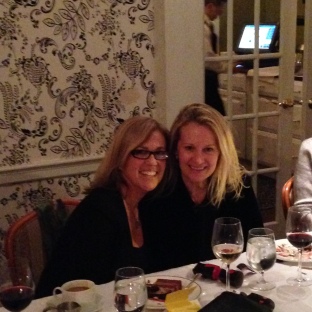 The room was a perfect square. Windows allowed light from the street lamps and snow to enter and a fireplace on the far wall offered cozy warmth on a chilly night. The room was elegant, with a table fitting upwards of 20 people. Comfortable seating and french doors, there wasn’t a hint of stodgy stuffiness. The evening proved a resounding success, with connections made and fun had. My lesson? Anticipate less, engage more. That could be my New Year’s resolution! 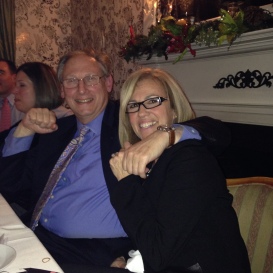 I am complicated and seeking - joy and sorrow, country and city, competition and cooperation. After behavior of a gregarious nature, I require down time to refuel. My loves are children, family, friends, reading, writing, blogging, fitness, and health. I feel most alive when I stay true to my core values. Beauty makes me happy, pain helps me grow.
View all posts by wendykarasin →
This entry was posted in Uncategorized and tagged ambitious, black lavender, commonality, Connecticut, connections, delight, eclectic, festive, fire place, friends, hands, holiday, hors d'oeuvres, in the moment, intelligent, investment bankers, lawyers, quirky, secretaries, singers, stodgy, surprise, warmth, wine. Bookmark the permalink.